We have been in Durango since Saturday night. After Pueblo, we visited Alamosa August 15-17.

Our campground was the KOA Alamosa. It was overpriced. Most campgrounds this year appear to be in the high $30's to middle $40's, which to me is gouging. This KOA has a swimming pool, half basketball court, and volleyball net. It lacks cable and a WiFi you can access regularly. It also had a dog park.

On August 16, we took a day long ride on the Cumbres and Toltec Railroad. It’s a narrow gauge steam train running from Antonito, Colorado to Chama, New Mexico.

The ride offers three classes. First class has an attendant and includes a continental breakfast. They serve complimentary snacks and soft drinks during the afternoon. Seats are individual but face the sides rather than straight ahead. It’s for ages 21 plus. The rate is $171. Deluxe provides tables and chairs. An attendant takes care of the car but no other amenities exist. The rate is $130. One of each of these cars existed on our train.

Ours had two coach cars. We chose this class for $95 each. On top off your basic price, no matter what class, the railroad charges a 5% historical preservation fee. Parking is free.

Coach is  located next to the open outdoor observation car. Unfortunately, it lacks any kind of seating. Earl lasted longer than I did. I ended up taking many of my photographs from my seat in the coach car.

The trip starts at 10 a.m from Antonito and finished in Chama at 4:10 p.m. At 4:25 p.m., we took a bus ride back to Antonito which lasted slightly over an hour.

The track is a remnant of the San Juan extension of the narrow gauge part of the Denver & Rio Grande Railway (DRG) which ran from Antonito to Silverton via Chama and Durango. Narrow gauge means three feet between the tracks. This was part of General William Palmer’s railroad empire. You may remember his name from Colorado Springs and CF&I which manufactured these rails.

In 1880, the railroad headed west from Antonito arriving in Chama December 31, 1880. It hauled mineral ore, timber, cattle, sheep, and passengers. Daily passenger service ended in 1951. The railroad revived this portion of the San Juan extension in the early 1950's, when oil and gas were discovered in the Four Corners area. The line transported equipment into the region. That traffic died in the mid 1960's, and the DRG was ready to abandon the line. In July 1970, New Mexico and Colorado formed a joint commission to contract for services to continue operating regular tourist trains.

I will write about what happened to the section between Chama and Silverton in my next email.

Fare in all classes includes a very good lunch at Osier conducted from a serving line. We had a choice of meat loaf or turkey. We chose turkey which came with dressing, mashed potatoes, green beans, a roll, chocolate cake or pumpkin pie, and lemonade or ice tea. The serving line handled our large group well.

Osier was once a toll station from Consejos to Chama. Some of the buildings, from what was once a small community, remain from the 1800's.

The Cumbres-Toltec is touted as America’s longest and tallest narrow gauge railroad. The ride is for 64 miles and reaches its peak at 10,015 feet at Cumbres Pass. The train goes through prairie, mountains, and forest. Instead of going through a gorge, you ride on top of the Toltec Gorge. It is 600 feet above the Rio de Los Pinos and 800 feet from the opposite rim. The train crosses the border between New Mexico and Arizona eleven times.

Earl enjoyed the ride. I found it too long due to the constant roughness. I felt like I was on a continuous 4D ride at Disney. For railroad buffs, this will be a fun day. If you have back or neck trouble, forget about it. I suggest the coach class if you are going to take this ride. We had an opportunity to view the other classes from the cars’ exteriors, and the difference in price is not worth it.

On August 17, we made two stops. Northeast of Alamosa at Mosca, we viewed what’s touted as the tallest sand dunes in North America. They tower up to 750 feet and cover 30 square miles. The sand field covers 330 square miles. In some cases, the sand is 150 feet below ground level.

Their first visitors were the Paleo Indians 11,000 years ago. Spanish explorers came in 1600, and in 1907, Zebulon Pike spotted the dunes. He was the first to write about them. In the 1920's, active silver and gold mining occurred at the site. It was believed by local groups that the mining might destroy the dunes so they lobbied Washington about making it a national monument. In 1932, Herbert Hoover complied.

During the 1990's, developers proposed pumping the area’s ground water to western cities. This would have threatened the dunes’ equilibrium since water is one of the three factors to create the dunes. The other two are wind patterns and sand supply. In November 2004, to protect the water system, the monument became Great Sand Dunes National Park.

At the visitor center, you can watch a video about the dunes’ formation and multiple environments. These include wetlands, grasslands, Juniper woodlands, and Alpine tundra. Exhibits complement this information. You’ll also see in a case seven insects found only in this area. Five are beetles, while one is a moth and one is a fly.

Take time to step outside the visitor center for a good view of the dunes. If you have a four-wheel drive car, drive down a road a short distance to view them from another perspective. You’ll find the base of the dunes looks like a desert. Admission is $3 per person (age 16 and older) unless you have one of the federal passes. Then it’s free.

After the sand dunes, we drove to Fort Garland to visit Fort Garland Fort. Soldiers moved there on June 24, 1858 and occupied it until 1883. The fort’s purpose was to protect settlers. Four of the buildings exist while a fifth is a reconstruction. All, except for the one housing the office and bookstore, are home to extensive exhibits.

At the commander’s quarters and office is the display about Kit Carson’s life. He commanded the New Mexico volunteer infantry at the fort from August 1866 until the summer of 1867. He lived here with his wife and six children.

In the main room, you’ll learn Carson had four careers: mountain man, guide and courier to people like John C. Fremont, Indian agent, and soldier. Carson aided Chief Ouray and other Ute leaders in negotiations that created a Ute reservation. At the start of the Civil War, he resigned from  being an Indian agent to serve as Colonel for more than 2800 men of the New Mexico volunteer infantry, at the Battle of Valverde in 1862. Most of his officers were Hispanic; his men were a mixture of Anglos and Hispanics. It was a major Confederate victory.

You’ll also see in this building six rooms. Four represent the bedroom, children’s bedroom, kitchen, and dining room. The furniture and artifacts in these are period not originals that belonged to the Carson family. Two are dioramas with life-sized figures. One represents his wife Josefa. The other shows Carson meeting with Chief Ouray.

The next building housed the soldiers barracks and you can see a group of cots all made up with bedding. You’ll also see seven small dioramas. These cover such subjects as stage holdup, fur traders, Spanish village, and army escort wagon.

Head for the next building to see the Buffalo Soldier exhibit. They served at the fort between 1876 and 1879. The displays cover such subjects as soldiering as a job, life in the barracks, and racism and segregation. Between 1866 and 1891, more than 10,000 Blacks served in segregated all Black frontier units.

In the reconstructed building, up front, is a major exhibit called Colorado and the Civil War. It includes information on the Battle of Valverde and the Battle of Glorieta Pass which occurred March 26-28, 1862. The Colorado volunteers who served in these battles trained at the fort and joined with Carson’s New Mexico volunteer infantry.

Glorieta Pass was a Union victory and put an end to the Confederates trying to control the West. The Confederates, who had been led by General Sibley, retreated back to Texas, where many who served in these two battles were from.

You’ll spot a canon. It’s one of eight 12 pound brass Howitzers buried by Sibley in Albuquerque, New Mexico while retreating down the Rio Grande in 1862. They were discovered in 1892. Four were given to the state of Colorado and four to the state of New Mexico. Also, on display is a case of guns and an extensive diorama on the Battle of Glorieta Pass with lots of miniature soldiers.

The final exhibit is a collection of five carriages - a phaeton, two buckboards, a runabout, and an army escort wagon. All are in very poor condition. More made up soldiers cots are found here.

We will be in Durango until Wednesday morning and will be home Thursday afternoon.

Have a great week. 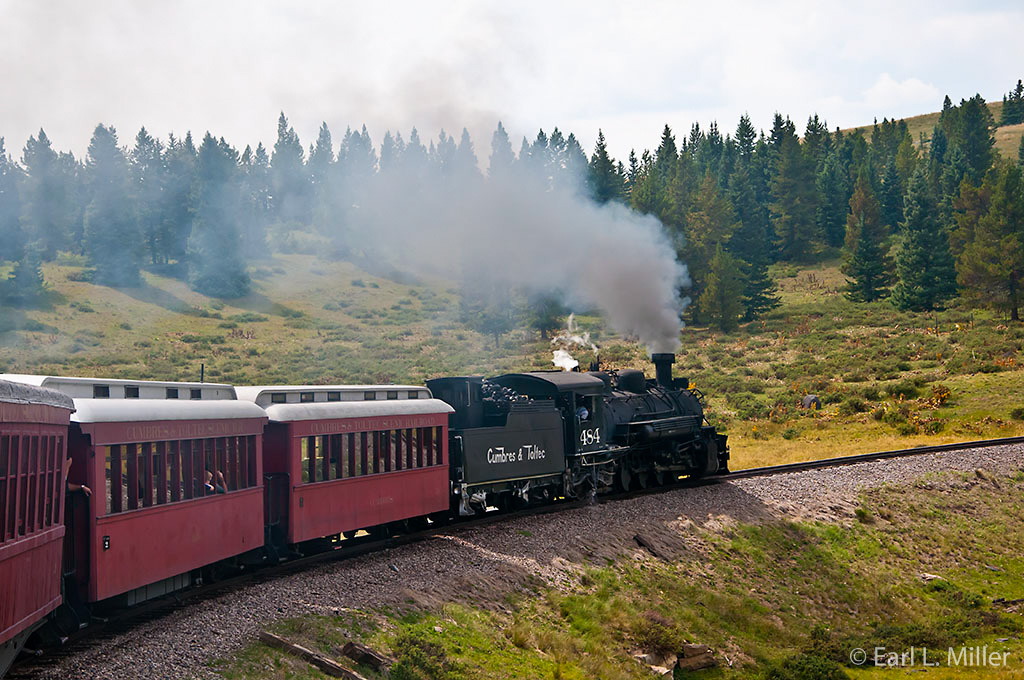 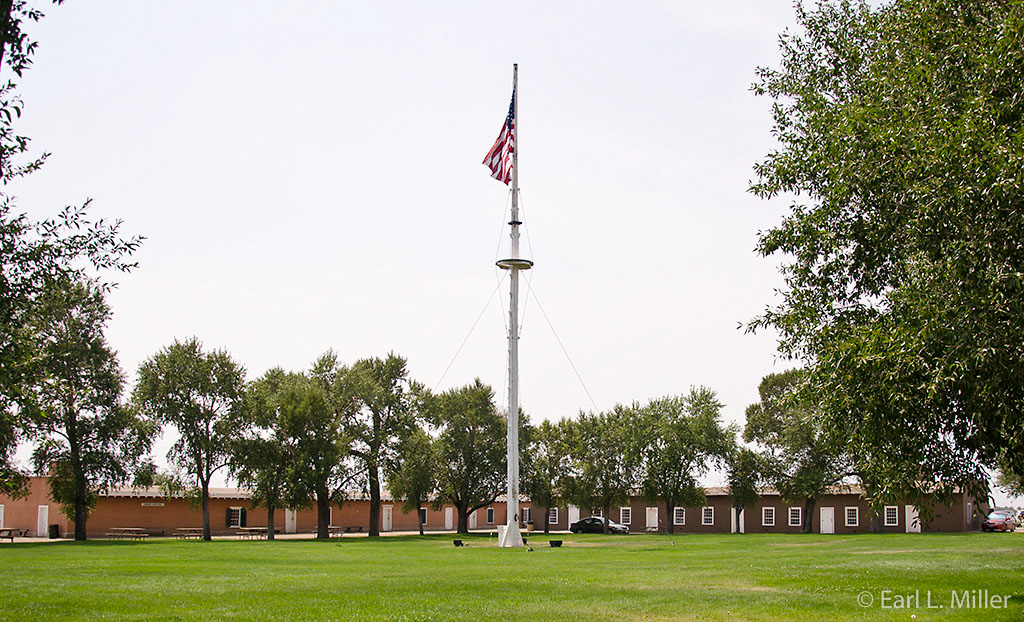 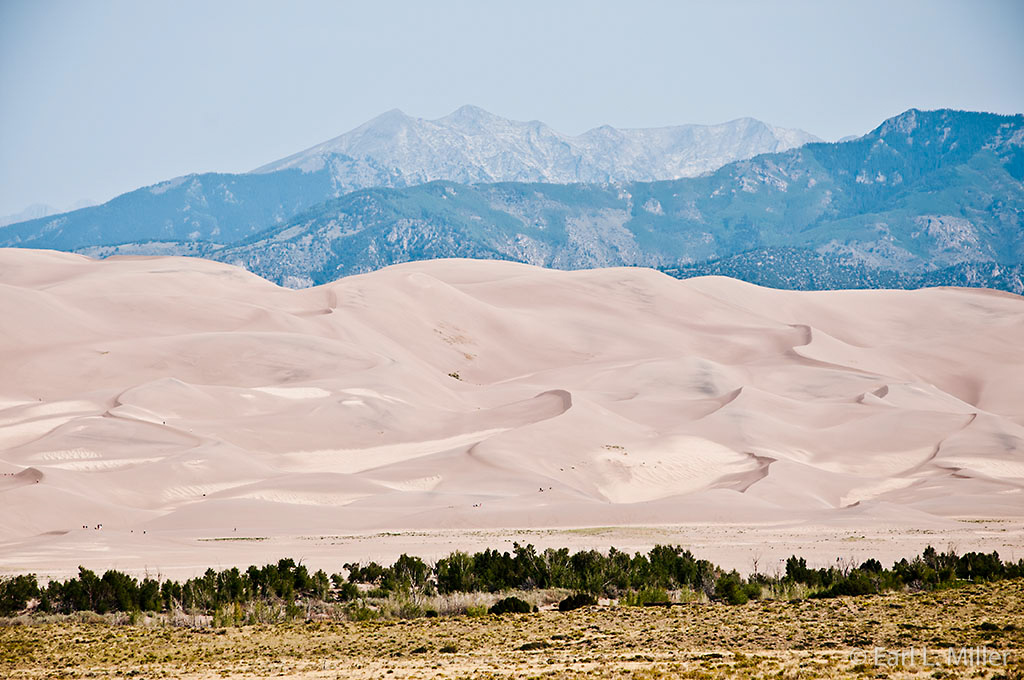